The Arri Group is one the biggest most successful companies among the film equipment industry. Its name "Arri" is an abbreviation derived from the names of its founders, Arnold and Richard. It was founded in 1917, over one hundred years ago, in Munich, Germany.

Arri's Product History
The first product the two had developed was a small film camera called "Kinarri 35". almost fifteen years later, the company launched the "Arriflex 35" – The worlds very first camera containing a reflex mirror shutter. After another decade and a half, they released the following game-changer. It was the first professional 16mm camera based on the groundbreaking technology of reflex viewing system. Later and throughout the twentieth century, Arri brought to the industry innovations such as: Arrisonne 2000 W, Arriflex 16SR, Arriflex 765, a 65mm camera, Arriflex 16SR, Arriflex 535 and many other valuable products that gained quick popularity and demand.

Introducing: Arrimax M40
If you are looking for a spectacular lightning product, M40 is the right choice. The Arrimax M40 is a member of the renowned ARRI M-Series. It is based on the Lens-less MAX very easy to use technology. Its size is identical to the AS40, but it is three kilograms lighter. Not only that but compared to the AS40 it supplies around 3% more light. This is due to its open face unit making it super bright. Another advantage is it has a tubular steel yoke and CCL (compensation for Cable Loss). Warm reviews from critics also mention its beam spread that casts sharp shadows within its full focus range.

Broadcast Studios is the largest camera and lightning equipment retailer in Israel. We own both fully stocked equipment warehouse as well as TV and film studios, all available to your convenience. We put great emphasis on cutting-edge technology aside warm and welcoming professional service. Learn more about the different services we offer on our website OR give us a call >> 97236384747. For detailed branches and numbers, log on to our contact page. 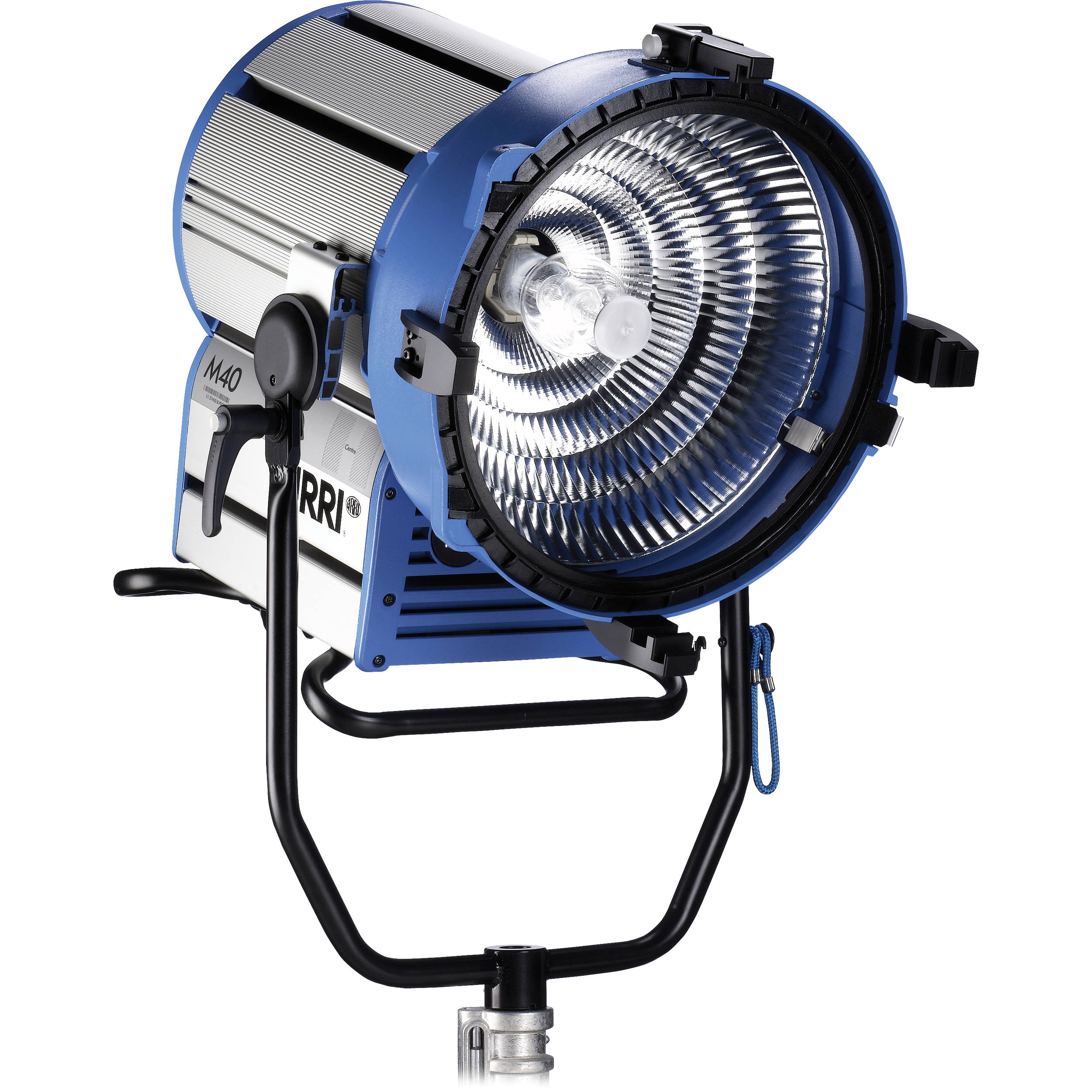